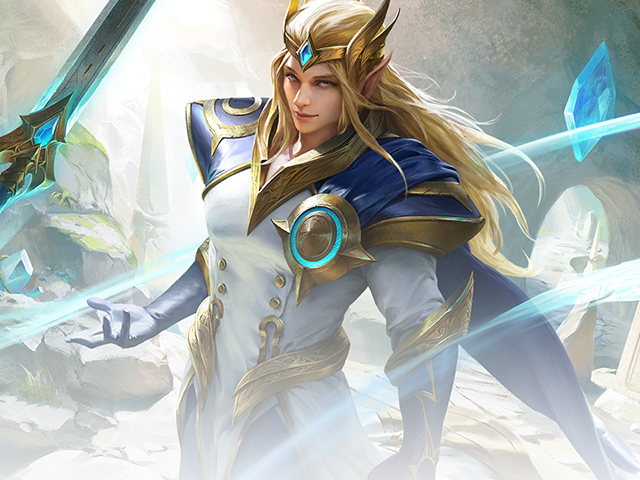 Elros used to be a Half-Elf who had a taller and stronger body than those pure ones. After he was granted the right to choose his identity from the two races, Elros parted with his twin brother Elrond, and became a member of the human’s royal family.

Technically, Elros is no longer an Elf now. The Elf’s blood in him started to vanish right after the choice, leaving now only the good-looking appearance and the symbolic pointy ears of the race. At the price of the healing power, which stands for the pride of the Elves, and the preference for bows and arrows, Elros developed an obsession with swords. Unlike normal humans, he can control them even without touching them, making this common weapon of his new race even sharper. That is, perhaps, the last symbol of his past identity as an Elf.

Deal 70(+0.5ap) damage and refreshes the duration of the [Sword Mark]. This ranged attack is taken as melee attack.

Deal damage to enemies 5 meters away and inflict a [Sword Mark] on them. If two [Sword Marks] are on the same target, consume them and deal 20(+10*Lv)(+0.4ap) extra damage.

Realm of the King

Rage of the Elf