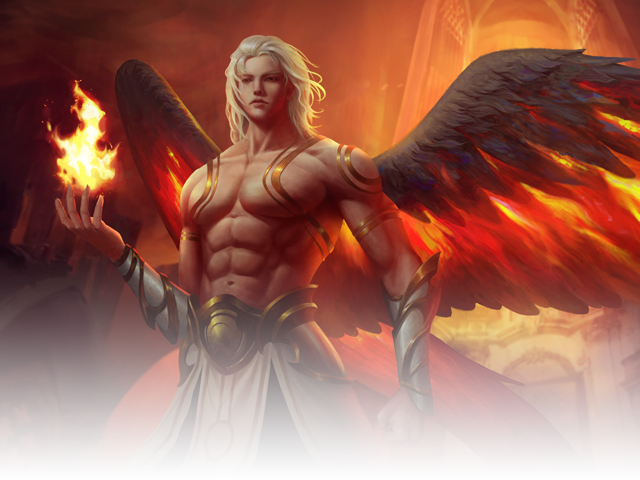 Uriel is the flame of god, also is the light of god. Unlike other kind angels, he hated sin and was mercilessly cruel to sinners, often punishing them with various forms of torture. But this is far from enough, crime is still growing everywhere. He awaits the final judgment, when he will open the gates of hell and burn all the most sinful in eternal flame.

When the enemy hero marked with [Judgement] dies, [Fire Field] will appear under his foot, and the cooldown of the Uriel's basic skills will be refreshed.

After a short delay, Uriel summons 5 large fireballs to surround him, each dealing 200/300/400(+30% Attack Power) damage, and enhances hinself to gain 40 Movement Speed,15% of ability damage dealt for 5 seconds.