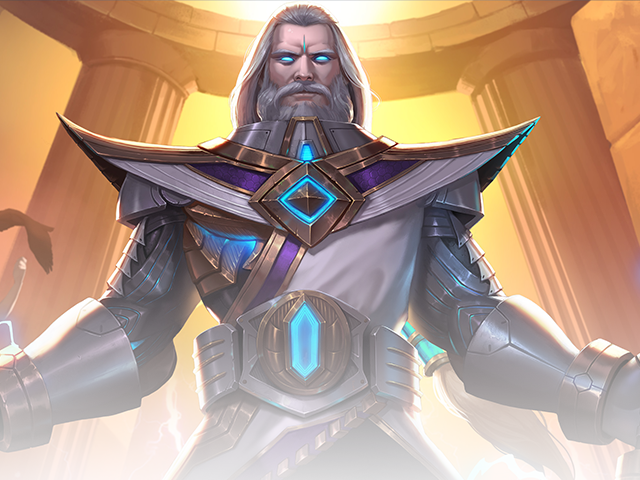 Zeus, who rules as king of the gods of Mount Olympus, is the dominator of thunder and the embodiment of power. He is such a well-known and mighty being that the whole Tartarus is filled with his legends and the bodies of his enemies.

Under his reign, Mount Olympus has always been a place of peace and tranquility, until not long ago.

It happened all of a sudden. Zeus found that many of his people had gone missing, including his sister and his son.

Driven by fury, Zeus is determined to find out the one behind this plot. He swears anyone who challenges the deity of Olympus shall pay for it!

Every time Zeus uses his Basic Attack or Abilities, inflicts a [Judgment] on the target, lasting 4 seconds. A new stack will refresh the duration.