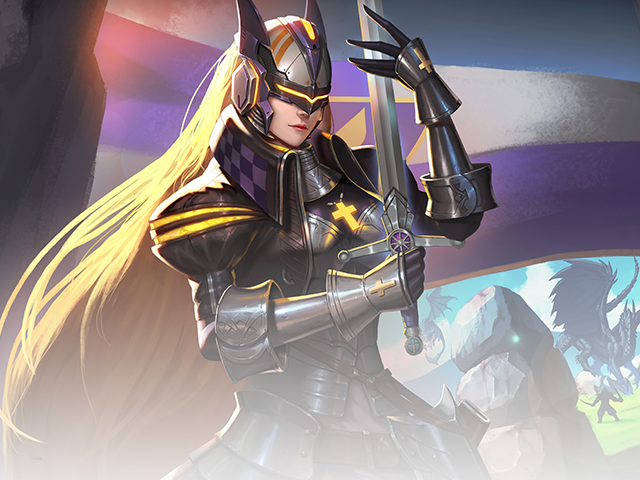 The Maid Of Orleans

The Maid Of Orleans

The chaos that surrounded Joan—the angry people, the scolding guards, the burning flames, the prayers of the faithful and the tears of the whole country—made her feel the world was running away from her side.

For Joan, death was not something horrible at all, as she didn't possess any love for this miserable world. All that she would regret for was only the people whom she couldn't save.

Bathing in the flames, Joan was like a phoenix going through nirvana. Pain covered her whole body as her blood boiled. That's right, her blood was boiling, not for the flames of the ignorant, but for her own faith. "For France..." That was her last words. After that, nothing was left on the burning stake, except fire.

Grants 20(+Level*10) Armor and 30(+Level*15) Attack Power to allies within 9 meters around Joan or the Banner. When Joan is beside the Banner, lifts it to obtain one stack [Inspiration] (up to 5 stacks), lasting 4s. Increases the bonuses of [Joan's Banner] by 50%(+30% * stacks of [Inspiration]) while Joan lifts the Banner.

Aim of the Banner

Joan throws the Banner to the target direction. When it hits an enemy or reaches the furthest, dealing 500/700/900/1100/1300/1500(+80%Attack Power) damage and reducing their Movement Speed by 30% to the nearby targets, lasting 2s. When the skill ends cooldown, the Banner will return to Joan's hand. When Joan picks up the Banner, increases the skill's cooldown time by 50%.