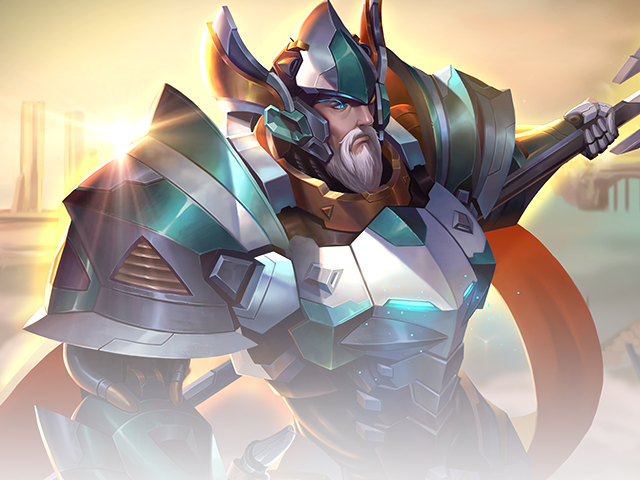 The Lord of Valhalla

The Lord of Valhalla

Odin, as the Lord of Asgard, had predicted the "Ragnarok" at the moment of drinking the frist drop of well of Mimir.

To against the bitter predestination, Odin prepared on his own, and was determined to shoulder all this things.

He became warlike,sent Brynhild to provoke wars, and then he could promote the warriors like Olsson to Einherjar, guarding the Valhalla.

Even then, he failed to rewrite the predestination at last. He was devoured by Fenirir with his Gungnir.

In total despair, before the evething gone, Odin watched the spear which was engraved "Those who hold this spear will rule the world" with Runes.

But, at this very moment before his mind disappered, the Runes changed into-

——"This world will nerver end"!

[Einherjar] guard the [Valhalla] and follow the call of Odin. Summon a [Einherjar] for each kill, Ability hit on each Hero or Basic Attack each 3s. At most 4 [Einherjars] could be summoned, over-summons will replace the [Einherjar] which has least last time. Each [Einherjar] deals 100(+25 *level)(+25% Attack Power) damage,last 6s. [Einherjar] will return to [valhalla] after taking 3 times damage , 1 time damage from the turret or being replaced , and restore Health base on the its remaning time for Odin,50(+20 *level)(+20% Armor) at least

Odin throws his Gungnir to target Hero after unstoppable charging power for 1.5s. Gungnir will stun the target for 1.5s and then go straight on until streaking out of the BattleField. Gungnir will deals 1500/2000/2500(+100% Attack Power) damage to the enemies along its way.