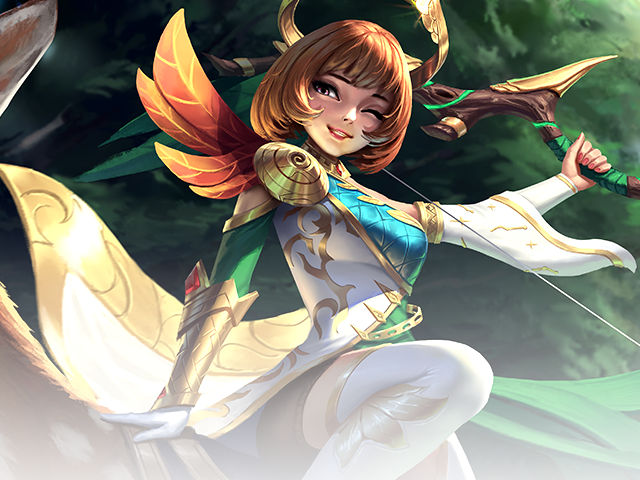 Goddess of the Hunt

Goddess of the Hunt

As the most beloved children, Artemis and Athena were entrusted with Olympus before Zeus's expedition.

The expedition had took too much time even the prisoners of Tartarus got this news somehow. They orchestrated a rebellion to break their chains, even Hades went missing in this riot.

The Titans united to against the rign of Zeus. But the missing and Zeus's leaving made the power of Olympus shortage even more critical.

However, what the both goddess did't konw is that the Vanguard of Titans, Crius has been waiting on their way.

Artemis can Basic Attack while moving. Basic Attacking will apply 1 stack of [Hunting], increasing 10 Movement Speed for 2 seconds (max up to 5 stacks). Remove only 1 stack whenever the duration is over.

Artemis sends her Falcon in the target direction, dealing 500/650/800/950/1100/1250(+80%Attack Power) damage to enemies on hit. Falcon will chase the first enemy hero on hit for 4 seconds, providing vision of the target. Recast to keep shooting at the target for the duration. The shooting will end early if the target gets out off range.

Apply 5 stacks of [Hunting]. Basic Attacks deal additional damage based on Artemis' moving range whiling Basic Attacks for 6/8/10 seconds. The longer the moving, the greater the damage increased, up to 30%.