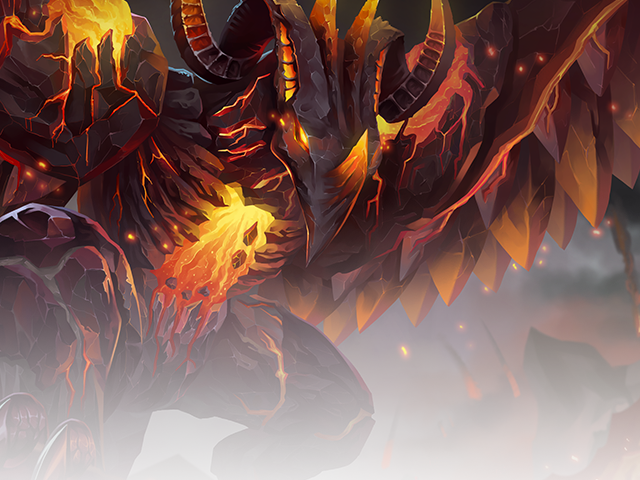 However, Phoenix isn't from those worlds which were familiar to us. What we observed were only the projections from the Singularity. Phoenix is an aborigine and the light source of the Singularity. It flies through the Well through the whole Singularity back and forth every day. Its flight brings the winds, and its fire brings the heats. Where Phoenix stays is the day, and the other end of the Well is the night. Sometimes Pheonix will also have a little rest on the end of the Well, and that's why there are Polar day and Polar night.

In rare cases, Pheonix will fall into a deeo sleep because of cumulative fatigue, and then Shipton will come and resolve it's fatigue.

Phoenix's Ability Damage inflicts 1 stack of [Embers] on the target for 5 seconds (up to 5 stacks), dealing 30(+5*Level)(+3%Attack Power) damage per stack of [Embers] every 0.5 seconds. After reaching max stacks on targets, the stacks will be reignited and consumed. Settle the remaining damage in advance. Heal Phoenix equal to 10% of his Max Health and reducing the Cooldown of [Fire of Life] by 5 seconds. The reignited [Embers] on the non-hero units will reduce the effects of healing and Cooldown reducing by 50%.

Passive: Upon dying, Phoenix casts [Fire of Life] and will rise from the ashes with full Health after 3 seconds of stasis. This can only happen once every 200 seconds regardless of Cooldown Reduction. Active: Phoenix consistently burns nearby enemies, dealing 300/550/800(+30%Attack Power) to 600/1100/1600(+60%Attack Power) damage per hit (damage increased over time). Costs 3% to 12% of current health to cast (costs increased over time).