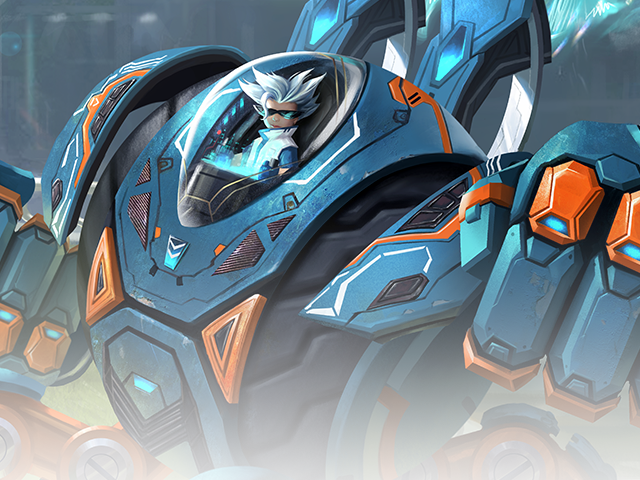 Hephaestus, as a quartermaster of expeditionary forces, followed Zeus into the TimeSpace Singularity.

However, things had not gone as Zeus had expected to. Zeus did find his people, but he didn't find his enemies. In contrast, they were trapped, for there was no way to leave.

Slyph has been waited at the entrance all the time, though she can't pass through for this is a one-way street. Prophet seems to be able to get in and out freely, but nobody knows where she goes.

They almost gave up until they heard the terrible news from Artemis and Melinoe.

"Time for me now!" Hephaestus said and walked back to his workshop.

Hephaestus's Mecha can switch to [Mecha Form] or [Low Speed] or [High Speed]. While in [High Speed], Hephaestus reduces 20% taken damage and deals 200(+3% Maximum Hp)(+level*15% Collided Speed) damage to enemies on collided and knock them back.

Launch a claw, anchoring to an area for up to 5 seconds and switching to [High Speed]. While the claw anchoring, Hephaestus can cross the wall and gain a shield which takes 500/600/700/800/900/1000(+5% Maximum Hp) damage. Recast to cancel anchoring claw and extend the duration of [High Speed] for 4 seconds.