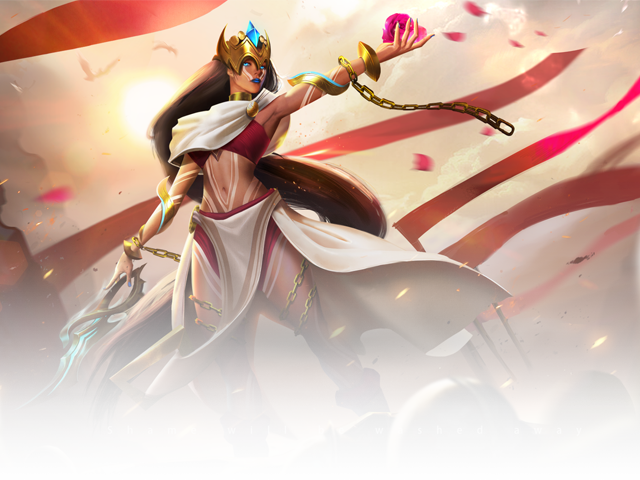 The once mighty desert kingdom has long been forgotten, and the queen who ruled this place has lost her prestige with the fall of the walls. What people in the empire can vaguely remember is probably the carnival after the victory, and a black beauty who was bound by a golden chain and paraded as a war trophy.
If there is anyone in this world who remembers all this clearly, it is the queen who escaped death. She often thinks of the satisfaction of being bathed in supreme glory, and at the same time, she can't forget that she begged for mercy just to live and the shame of being paraded through the streets. Although she has gained freedom, the chain that has not been removed from her body, and the shining golden light also reminds her of the humiliation she has suffered. \nMaybe the reputation of "Augusta" is hard to reproduce, but she still has a vigorous posture and skilled craftsmanship, and there are a group of warriors who are still willing to follow her. If time cannot lessen the shame one iote, then wash it away with the blood of the enemy.

After charging, sprint in the specified direction, dealing1000/1750/2500（+100% Attack Power） damage and stun for 0.3 seconds to enemies in the path. The sprint distance and damage will increase as the charging time increases.