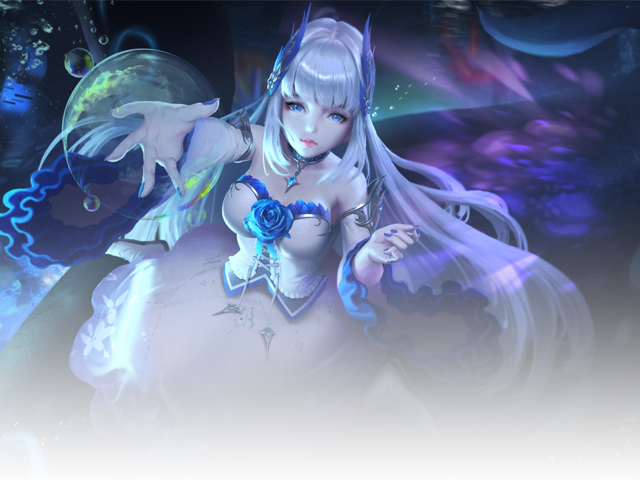 A great shadow rose from the abyss, revealing a white-haired maiden and the huge creature that carried her. "Are you looking for me?" The young girl gazed at him. Her skin was fair, her limbs slender, and she wore a blue and white dress, simple but elegant. Her eyes were like the ocean below, calm, deep and bottomless, but a little sad. Her mount is a leviathan whale from the deep sea. The scars on his body bear witness to his long life, and the occasional whale chirping and the cold aura around it warned strangers of his caution and indifference.
The girl suddenly remembered the promise he made when they separated: he would come to her after he met Beshimus. But there had been no news of him for a long time, and her pale face could not hide her worries, and the wind howling all day could not blow away her loneliness. Until her sobs drew the giant whale, who quietly waited with her every sunrise and sunset, watching over her safety. 'Here you are at last! ' She said happily. 'I'd like you to meet Melville, my new companion.' Looking at the dusty boy, the whale let out a long whale call.