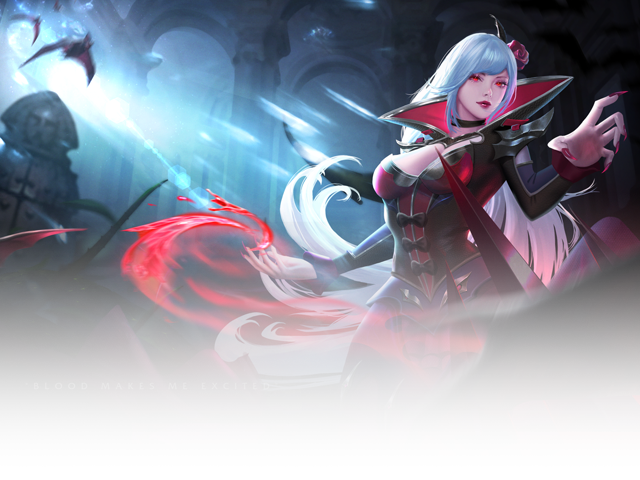 Vampires crave blood, and Camilla is no exception. The difference is that most vampires are just hungry, to fill their stomachs, and human blood is just more delicious food in their eyes. As a vampire noble, Camilla is not worried about this. She has her own "territory" (an area dedicated to nobility to keep humans in captivity), and her desire comes from a higher pursuit, the pursuit of beauty. She believes that human blood, especially the blood of girls, has a high value in beauty, and judging from her fair skin, it does work well. She was immersed in the twisted flesh and the burst of blood, which brought her great pleasure. In order to satisfy this hobby, and because she disdains the rude way of eating directly, she designs and uses various torture instruments to deal with the prey. Among the many torture instruments, a special torture instrument called the Iron Maiden satisfied her the most. The inside of this torture device is covered with sharp needles. When a human being is locked into the torture device, the needles will penetrate deeply into the body, but they can perfectly avoid key part, so that the locked person will not die immediately, but can only slowly bleed to death. In this way, Camilla can happily dine with a melodious wailing sound.

Blood is added to the HP recovered through skills. Every time you recover 3% Max HP, you will increase 10 Blood, up to 100. Every Blood will provide 3 Attack Power, which gradually decays after leaving the battle. \nCamilla turns into a bat when she takes fatal damage, and consumes all Blood to recover her HP, during which she cannot attack or be attacked. Transform back into human form after 4 seconds and gain 40% spell lifesteal bonus and 30% movement speed for 5 seconds, cooldown 50 seconds.

Spikes protrude from the ground and pierce enemies, dealing 360/485/610/735/860/985(+45% Attack Power) damage and slowing them by 20% for 1.5 seconds. Camilla restores for 10% of the total damage dealt. \nIf Impalement hits twice in a row, the next Impalement will be strengthened. \nEnhanced Impalement: Increases 100(+20% Attack Power) damage and imprisons the enemy hit for 1.5 seconds.